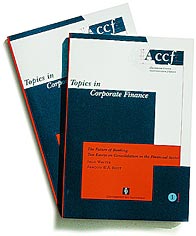 Bankruptcy procedures in the Netherlands take much time and the outcome is often disappointing. An agreement between creditors and the firm is hardly being achieved, and recovery rates are low relative to those in some other countries. At the same time we observe that (parts of firms) rather frequently are being sold from default, often to parties with close ties to the former owners. This points at a potential inefficiency in the procedures; firms' assets are being sold against a too low price. This negatively affects the recovery rate.

Another reason for the low recovery rates is that firms enter too late into formal bankruptcy procedures. The financial health of firms at the time they enter these procedures has deteriorated already considerably. As a result, the procedure that offers firms the opportunity to reorganize is hardly being used.

An important conclusion that we draw is that the efficiency of the procedures should be improved in order to stimulate firms to enter the formal procedures at an earlier stage. To establish this it is important to recognize the existing conflicts of interest among creditors. Procedures therefore should designed such that they first aim to maximize the total value and only then consider the distribution over creditors. Furthermore, this should be reflected in a common objective of such legislation.

Other inefficiencies that we find are caused by insufficient pressure on the trustees or receivers in the reorganization procedures. We therefore stress that it is important to put more pressure in the procedures; urgency and decisiveness should be increased. The current proposals seem to increase the time that firms stay in the bankruptcy procedures rather than shorten them. It is therefore of great importance to add clear targets and timelines within the bankruptcy procedures.